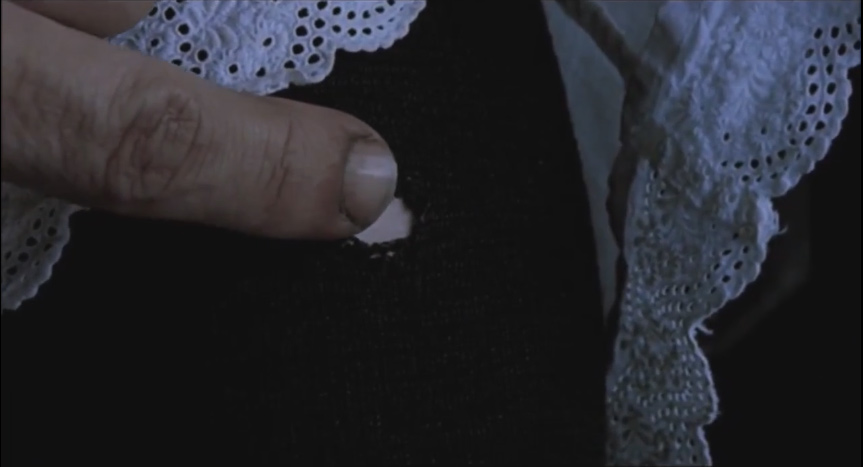 While critics may argue over the idea of the female gaze in film, most agree that Jane Campion's The Piano best embodies the concept.

While critics may argue over the idea of the female gaze in film, most agree that Jane Campion’s The Piano best embodies the concept.

The Piano tells the story of Ada, a mute Scottish pianist who is sold into marriage to a farmer in New Zealand. She brings her daughter Flora and her beloved piano, which is her voice. The instrument is left on the beach because it is too cumbersome to transport and then traded to George Baines, a white farm worker with Maori tattoos. Bereft, Ada enters into a deal with the Baines to buy back her piano by letting him “do things”. The sexual transaction evolves into a romance – and a blossoming of Ada’s spirit. Eventually, jealousy and violence intervene.

The Piano presents a harsh and beautiful world from a female perspective. The sumptuous cinematography and soundtrack are part of a sensual experience. We are encouraged to feel rather than passively observe. We see Ada and Flora navigate their difficult lives and share their triumphs and grief. Ada’s journey is expressed almost entirely without words; Holly Hunter’s performance is all facial expressions and body language. It’s a fine metaphor for the way women’s lives are so often silenced or sublimated to men’s needs.

I remember watching the film in the 90s and being amazed at the scene where Hervey Keitel polishes the piano while naked. Male nudity on screen was incredibly rare at the time and Keitel is not really a “pinup” type. Nonetheless, the camera lingers on his nudity and invites us to look – as Ada would look – in a sexually appraising way. The scene also expresses Baines’ sexual and emotional longing for Ada in a way that feels transgressive. A gruff and hardened man is presented as vulnerable and tender with yearning desire. Keitel is presented in a way that a male gaze would dismiss as “weak” but that many women would find attractive.

The moment when Baines finds a hole in Ada’s stocking and circles his finger against the bare flesh is superb example of the female gaze. The movement doubles as a sexual and emotional metaphor. A circling finger – as opposed to, say, a thrusting movement – is a potent signifier of female pleasure. In this case, Ada’s leg is a substitute for her clitoris. The hole also represents the way Baines finds a way past Ada’s prickly defences, touching her emotionally as well as physically. That single close up of a finger and a stocking hole remains one of the most erotic images in mainstream film.

When Ada kisses herself in a mirror, we are again reminded of the female gaze. Ada studies herself, flush with awakened sexuality. She looks at herself in a new way and the mirror encourages the audience to see her perspective.

Campion subverts the male gaze in her depiction of Ada and Baines’ lovemaking. The first, transactional episode, is viewed through a crack by Flora. In the essay Jane Campion’s The Piano: The Female Gaze, the Speculum and the Chora within the H(y)st(e)ricalFilm Jaime Bihlmeyer writes: “Campion’s pun in this sequence results from her decision to give Ada’s daughter the traditionally voyeuristic hand-held POV shot gazing through the crack in Baines’ cabin. The male gaze is effectively deconstructed by attributing it to a pre-pubescent female. The choice of the handheld camera use int his shot replicates the male voyeuristic convention in filmmaking, and yet Campion clearly designates Flora as the originator of the profilmic look. Flora is not capable of actuating the desireof the adult subject.”

The Greatest Film Directed By A Woman

In 2019 the BBC held a poll to find the 100 greatest films directed by women. The Piano was listed as number one, voted by 8% of the 368 voters in the critics’ poll.

In Why The Piano Is The Greatest Film Directed By A Woman, critic Melissa Silverstein said “The Piano arrived at a time when most films depicting female sexuality were directed by men. I’ve always considered Campion’s vision ground zero for the female gaze.”

In their 2013 essay Campion, The Piano, and the Feminine Perspective as Feminist Resistance, Sam Schmidt argues that The Piano aggressively rejects the male gaze. “While the film clearly takes on a feminine perspective through Ada, who is shown to be actively resisting a system of oppression, the film also has a more objective feminine perspective, one which deliberately seeks to undermine the male gaze. Under Campion’s direction, the camera frequently mimics the male perspective, demonstrating knowledge of its trademark signifiers, but rather than simply adopting it the camera seeks to subtly hint at the underlying motivations of the male gaze, exposing them as subjective and not the default.”

The Piano is almost twenty years old at time of writing and still remains a solid touchstone for the concept of the female gaze in film. It’s well worth watching.