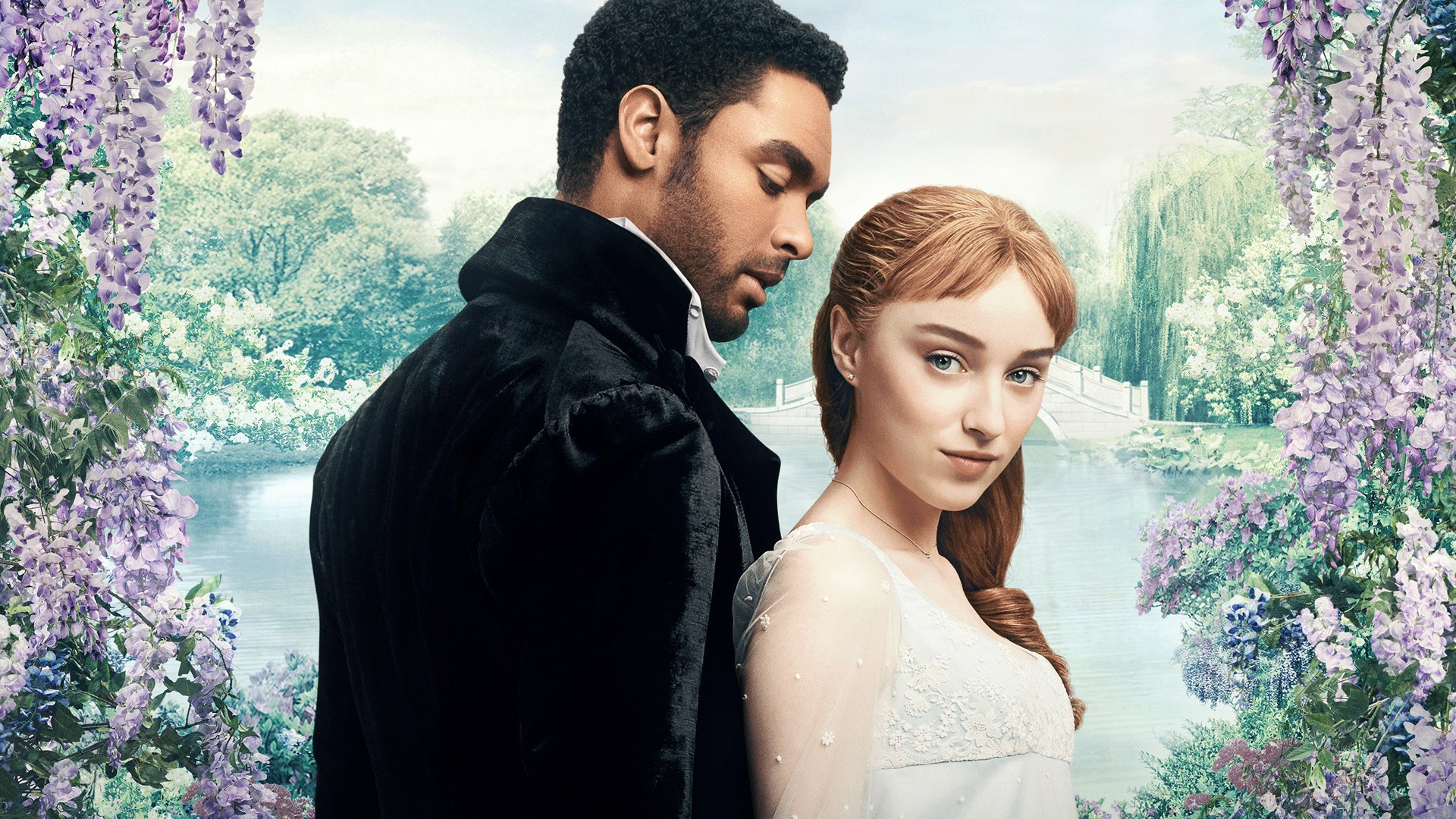 Bridgerton has been praised as a fine example of the female gaze on screen. It's sex scenes in particular are female-focused.

The Netflix series Bridgerton is a fine example of the female gaze on screen. Bridgerton is a drama series set in Regency England (albeit, a historically altered version where racism is not such a problem). The series tells the story of the Bridgerton family as they navigate their way through high society, keeping up appearances and finding suitable matches for the daughters and sons.

The first series of Bridgerton focuses on eldest daughter Daphne (Phoebe Dynevor) as she is named the “diamond of the season” and sets out to find a love match. Her quest for a good marriage leads her to make a deal with Simon, the Duke of Hastings (Rege-Jean Page). They pretend to be engaged to ward off other suitors. This turns into friendship and eventually love. But after they marry, the relationship hits a snag.

Bridgerton is a romance, based on a popular series of romance novels by Julia Quinn. Romances are typically aimed a female audience and often feature a female point of view. The Bridgerton TV series goes a step further by ensuring that the audience is visually invited to take part Daphne’s experiences, including her sexual encounters. As shown in the video above, the viewer is invited to view simple things like licking a spoon through the lens of female desire. The inhibited social situations in the world of Bridgerton mean small gestures take on enormous meaning. The camera takes its time portraying meaningful glances, brief moments of touch and subtle gestures. All show us the world from the viewpoint of Daphne as her sexuality matures.

The sex scenes in particular embrace the female gaze and a female perspective. The female orgasm gets far more attention than is usual for a TV series. When Simon urges Daphne to touch herself and find out what gives her pleasure, we get a rare opportunity to explore what women actually enjoy in bed. The usual penis-in-vagina focus of sex is tossed out the window.

The second season of Bridgerton ostensibly tells the story of the eldest son Anthony’s (Jonathon Bailey) path to marriage but throughout the series we’re invited to view things from the perspective of the women in his life, including his sister Daphne, his mother Violet (Ruth Gemmell), the imposing Lady Danbury (Adjoa Andoh), and most often, his prospective bride Kate (Simone Ashley). Anthony also features in a number of sex scenes, with the camera happy to linger over his naked form.

Bridgerton is made by female-led production company Shondaland, created by Shonda Rhimes. The series boasts three female executive producers. Around half the episodes were written and directed by women. The second season features the work of lesbian director Cheryl Dunye.