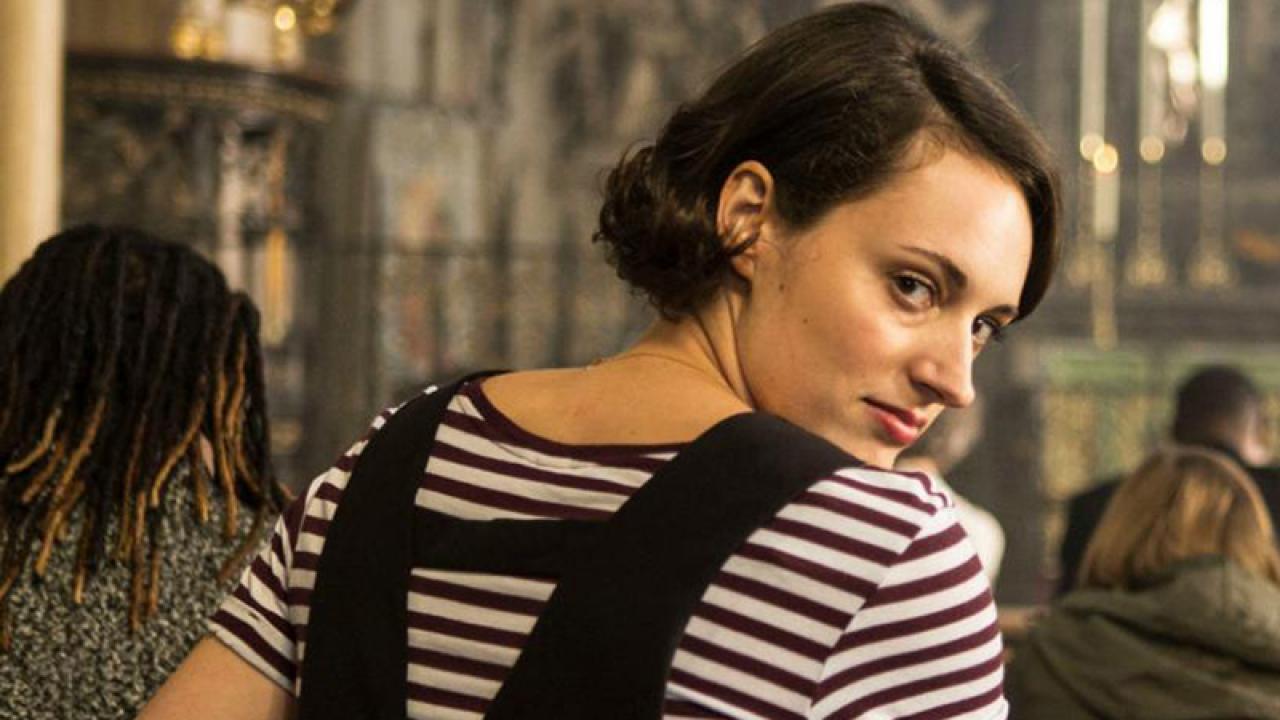 Fleabag looking at the camera - the female gaze in action

British comedy Fleabag is an example of the female gaze in action, with an imperfect female character breaking the fourth wall

2016 British comedy/drama Fleabag is an example of the modern female gaze. The show was created and written by Phoebe Waller-Bridge, based on her one-woman show. Fleabag tells the story of a young single white woman living in London as she traverses grief, relationships and her “bad feminism”. Fleabag – who is never actually named in the show – stumbles her way through brief and unfulfilling sexual encounters while trying to cope with grief for her best friend and her mother. The comedy of the show is often awkward, the situations fraught.

Fleabag regularly breaks the fourth wall, revealing her thoughts about each situation directly to the audience. This dramatic method is the most obvious example of how Fleabag embodies the female gaze. The audience is given a direct conduit into Fleabag’s perspective and is invited to empathise with her.

The other characters don’t notice Fleabag’s asides until the scene above with the priest. This suggests that the priest may different to all the other people in Fleabag’s life; he may be someone with whom she can have a real connection.

This complexity of characterisation is another facet of the show’s female gaze. Fleabag is three-dimensional and imperfect. She doesn’t fit into the mould of the “good” protagonist. Like all women, she has good days and bad; sometimes she makes illogical decisions or behaves badly. Sometimes things go well for her. This is the same complexity that has been afforded to male characters in film and TV for decades and it says something about the ubiquity of the male gaze that we’ve only recently seen the same thing with female protagonists.

On the flip side, many of the male characters in Fleabag don’t have names. They’re relatively shallow portraits, portrayed only as foils to Fleabag’s character. That’s not to say all the men in the show are objectified; occasionally the characterisation goes deeper in service of the plot. But men are not the focus of the show. They remain on the periphery. This is also an embodiment of the female gaze.

Fleabag only had two series: the first in 2016 and the second in 2019. It was critically acclaimed and the second series was nominated for 11 Emmys, winning 6. It also received a Golden Globe award for Best Television series. Barack Obama listed the second season as one of his favourite shows of 2019.

Hilarie Ashton in Ms Magazine wrote: “Fleabag lets the near-constant absurdity of women’s experiences within a male-controlled world open out into a refreshing slant of realistic, female-centered and implicitly feminist viewpoint… No recent television show articulates the complexity of the female gaze so clearly as Fleabag—directly drawing the audience in, challenging us to put parts of the narrative together ourselves and winking at us even through incredible trauma.”

In Varsity, Tabitha Chopping wrote: “What, then, is the ‘female gaze’ for Fleabag? It is secretive, private, introspective, funny, irreverent, esoteric. Every individual watcher feels, figuratively and literally as she turns towards us, seen by Waller-Bridge. The female gaze becomes reciprocal, mirrored. Instead of maintaining the traditional hierarchy of watched versus watcher, the female gaze in Fleabag is necessarily a collaboration; it is doubled. It brings the viewer past the barrier of the screen, troubling their position as ‘viewer’.”